Appreciation can mean a lot of things but in real estate, it refers to an increase in the value of a property which does not go up independently but driven by several factors – one of which is economic development. A few years back, the 2008-2009 Lehman Brothers sub-prime crisis caused Philippine property values to plateau in which during this time, Filipinos held on to their cash, and a few rushed to sell their property on a “fire sale” valuation. Those who went against the trend and bought “below market price” properties are now smiling their way to the bank and enjoying almost a 50-100% increase in their property.

When property prices rose starting 2010 onwards, our economy grew, BPO operations increased, we got our first investment grade rating, overseas remittance continued to grow, government spending increased, PPP projects were awarded and the winning of Miss World 2013, Miss International 2013, Miss Earth 2014 & 15 and most recently Miss Universe 2015 has put the Philippines in the global map. We are no longer touted as the sick man of Asia, but instead Asia’s new rising tiger economy.

Here are some significant events in 2016 that can give you hints on what type and where properties will have greater appreciation.

The affordability of travel, global view of Filipinos and the abundant information on the world wide web regarding urban developments, architecture, interior design will breed a new age of Filipinos who has a higher standard for quality and design. This market segment will push developers to have a higher standard in conceptualizing and planning future projects which will result in better architecture and better planning for future developments.

Internet has brought about easy access to information, making foreign travel to the Philippines convenient. More direct flights to Cebu, Davao, Boracay, Palawan, and others from nearby countries also encourage foreigners to visit the Philippines. As Cebu’s GMR-Megawide “airport-terminal” in Mactan will be completed in February 2018, expect to see positive movement in the Cebu real estate, boosting passenger capacity from 4.5 Million to 12.5 Million per year.

Congestion in Metro Manila, rising property prices and the new work habits brought about by the internet will prompt for development to push outside the usual central business districts. Cities directly around the periphery of the Metro like Rizal, Bulacan, Pampanga, Cavite, Laguna will see growth due to the expansion of developments. Land use around these areas will move up from agricultural to industrial, and from industrial to residential and commercial.

Due to the rising economy and a booming stock market, a significant number of Filipinos will move from the middle class segment to being HNW individuals. This market segment is defined by an individual having USD 1Million in liquid financial asset and are in high demand by private wealth managers. These HNWI found their wealth either by generating very good cash flow through entrepreneurship or through the sale of their assets like property or business. The need for esteem and self actualization by this market segment will continue to fuel branded high end condominiums, luxury vacation homes and push up already expensive property prices in upscale residential villages in Makati, Ortigas and Quezon City.

A new category called NWBs – New Wealth Builders – is on the rise in the Philippines. They are typically self-made professionals, corporate executives and entrepreneurs. “NWBs represent an increasingly important phenomenon in the world economy driving growth in savings and economic activity more generally. They are typically self-made, socially conscious and sharply focused on growth,” said Jonathan Larsen, Citi global head of retail banking and head of consumer banking in Asia Pacific. Residential condominium sales will be driven by these NWBs because of their desire to live near their workplace. Vacation homes will also be in their wish list as NWBs like to travel and enjoy the fruits of their labor. Townhouses and individual house and lots in quiet, safe suburbs with easy access to malls, schools, entertainment will continue to be fueled by this rising market segment.

COMPLETION OF THE NAIA ELEVATED EXPRESSWAY

Expect growth and more population to move to SM’s Bay Area, Aseana City and Megaworld’s Newport City as the expressway connection completes this April 2016.  Originally expected to be usable last Oct 2015 in time for the APEC Summit, this project experienced problems with congested drainage and right of way issues. I foresee very strong growth and appreciation in this side of town.

Started early 2014, these two major roadways that will traverse from North to South will decongest EDSA, C5 and most of the Metro’s major thoroughfares. Once complete, the two-hour travel time from North to the South will be cut short to just 15-20 minutes. The project will not complete until 2nd half of 2017, meantime anticipate continuous heavy traffic this year due to the heavy volume of new cars on the roads and roadworks. Business-minded individuals supplying the demand for worker housing and basic daily necessities around the construction site will enjoy continuous brisk business this 2016. A good market study exercise is to keep an eye on large anchor developments happening around the exits of these new infrastructure and study opportunities around them.

The ASEAN Economic Community (AEC) is an ASEAN initiative that will create a single market where goods, capital and skilled labor will be allowed to move freely across borders within the participating 10 ASEAN countries, namely Brunei Darussalam, Cambodia, Indonesia, Lao PDR, Malaysia, Myanmar, Philippines, Singapore, Thailand and Vietnam. This integration which started at the end of December 2015 will have an effect on foreign business coming into our country. There will be a fresh demand for office spaces, residential condominium units purchased by these new companies, industrial lots for manufacturing and warehousing and increasing demand for residential units for lease where the new businesses will put up shop.

With the volume of new cars increasing at a rate of 11,000 per month, lack of new roads, inefficient public mass transport system and increasing population, heavy traffic will continue to be a part of commuters in Metro Manila. Aside from the obvious time wasted on the road and the pollution caused by emissions, traffic affects businesses due to longer delivery time and fewer trips for goods and raw materials. Expect to see more demand for pocket warehouses within the metro for businesses. Residential sales and lease for halfway homes near the workplace or school will also have continuous demand. 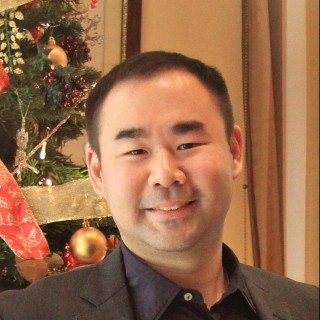 Carl Dy, is a property investor and Director for Sales at one of the Philippines leading developers. He has 20 years of experience in the property business, and is continually building up his property portfolio with an ultimate goal of living on passive income from property. He is a Real Estate Management graduate of the Harvard Business School. He believes that property investment, just like business is not an automatic money generating product. One must have a passion for it, create and execute a strategy and give time and effort for the investment to flourish. For tips and advice, feel free to contact him at www.facebook.com/SpectrumCarlDy